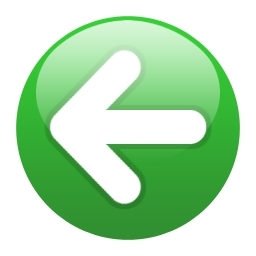 The effective prayers of a righteous man avail much.

I have recently come through an “abundant” 60 day stretch that has included a post-arthroscopic surgery blood clot, a flooded basement on our 21rst anniversary and a flooded upstairs bedroom on my birthday.  However, this all started in a split second when I made a left hand turn without seeing the oncoming pickup at 55mph.

Looking back, it could have turned out way worse than it did – the family of four and I walked away without a scratch despite me totaling two vehicles. In many ways that was a defining moment for me as it gave me perspective.  Just that morning I had read in Isaiah 38:5 where Hezekiah was supposed to die and God had granted him 15 more years to live.

I had shared with a few friends shortly before my accident how much more fully Hezekiah must have lived his remaining 15 years knowing that he was on borrowed time. The fact is that we all are on borrowed time and that sustained life is both a miracle and a gift from God.  As I made a left hand turn at that traffic light (one that I had made literally a thousand times before) I was unaware of two things. The first was, obviously, the oncoming pickup at 55 mph, but the second was that my friend—who had just spent the afternoon with me—was sitting behind me in his van watching the whole scene unfold.  He later told me that as I pulled ahead and he saw the oncoming truck that I did not, he had enough time to cry out three words “Help Him Jesus”, then he said goodbye to me, convinced that I would be struck and killed.  God honored those three words and like Hezekiah, extended my life.  I am now living on borrowed time!

For emerging leaders I encourage you to get a few people who you know will have your back in prayer when you are caught in a blind spot (both literally and figuratively).  Who will cover you in prayer and will be praying for you specifically, both bearing your burdens and then casting those burdens to the Lord?  I meet with a friend who I have know for the past eight years and we share our hearts, ask tough questions of each other and pray for each other. I recently shared with him about how I was feeling a bit overwhelmed by all that was happening around me and his response was life giving.  He said, “You aren’t supposed to do this alone.”  We aren’t supposed to do it alone! I knew that he had my back as well.

So I ask again, who will have your back in prayer as you take the reigns of missional leadership?  Who will make sure you are not doing it alone?  Make sure you find those people today so that you can keep up the great work!