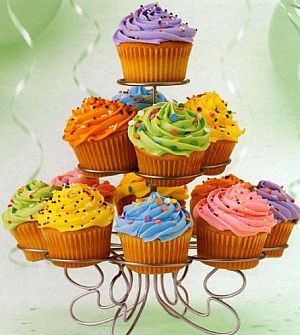 For “Anyone who calls on the name of the Lord will be saved.” 14But how can they call on him to save them unless they believe in him? And how can they believe in him if they have never heard about him? And how can they hear about him unless someone tells them? 15And how will anyone go and tell them without being sent? That is what the Scriptures mean when they say, “How beautiful are the feet of those who bring good news!” 16But not everyone welcomes the Good News, for Isaiah the prophet said, “Lord, who has believed our message?” 17Yet faith comes from listening to this message of good news—the Good News about Christ. 18But what about the Jews, have they actually heard the message? Yes, they have: “The message of God’s creation has gone out to everyone, and its words to all the world.”    NLT Romans 10:13-18

On September 11, 2001, I ran into my office in Gainesville Florida just for a minute to gather some papers and files.  My five year season of training college age relational missionaries to lost teens was ending in central Florida and I wasn’t yet sure of our next chapter.  I was greeted in the office by my wide-eyed administrator asking me if “I had heard what was going on?” – “we’ve been attacked, we’re at war…” Already consumed in thought about our next chapter in life, I began to wonder if there would even be a next chapter.  I headed home to pick up three-dozen iced cupcakes for my ten-year-old daughter’s birthday.  I signed the school’s visitors log and watched the TV, realizing that things would never be the same.

I delivered the cupcakes to an innocent and uninformed class of Millennial’s (for a quick overview watch this CBS video ) – born in the middle of their generation – personifying all the newly defined characteristics of the kids after the GenXer’s and Gen Yer’s (see Generational Power Point): responsible, blended, universalistic, and cohesive, corrective and not yet affected by this life changing day…

… Fast-forward to today and my eighteen year old is ordering high school graduation invitations.  She is part of “The Corrector Generation” that has been incubating for 10 years, observing the “Me generation” in leadership implode in so many ways. The Correctors have had to process so much in their short life time: Global conflict, Global terrorism, Global warming, Global connection and during the same time they have witnessed leadership in all arenas succumbing to moral failure?

Never has a generation been so hoped for and hopeful.

Tom Brokaw wrote a book about those that were able to step up during the global upheaval of the 1920’s through the 1940’s in his book The Greatest Generation.” Many, including myself, feel like God is raising up this next generation to face global upheaval and become the next great Generation!  For further reading take a look at the work that sociologists Howe and Strauss have done over the years.

You Correctors are clearly a different “kid” than the protesters of the early seventies, the self-focused and apathetic of the eighties and the defiant and aggressive of the nineties.  The question is, who is going to be there for you when you seek training to lead the next generation beyond yourself to the very feet of Jesus? I hope I can help. Even though you “Millennials” may be seen a universalistic bunch, my optimism let’s me say that, in the past twenty five years that I’ve been around emerging leaders, never has a generation been so spiritually ready and ripe for incarnational evangelism, and so capable of taking the lead!  Will your beautiful feet change things – absolutely!!!  The question is, will my generation come alongside you, support you and launch you to lead? For what its worth, you can count me in!!!

Keep up the great work!